My perimenopause brain left me fearing I had Alzheimer’s

Lisa Rodwell heads up Stella’s marketing team and specialises in consumer tech, previously working with brands including eBay, Yahoo!, moo.com, Wool and the Gang and Nutmeg. She’s passionate about brain health after it became her most bothersome perimenopausal symptom.

With hindsight, I can see my perimenopause symptoms began when I was 47, including aching knees, some trouble with sleep and a few night sweats. I didn’t know much about menopause and its impact until I felt my brain was getting out of control about two years ago. When I started to forget words, it left me fearing I had early-onset Alzheimer’s disease.

I’ve always had what people call a pinball conversation style, where I can jump from one topic to another. The way I speak can be quite erratic to some extent, but then I started to notice that I could not find a word and would be thrown completely off my train of thought. I would start thinking about how I was being perceived while I fumbled over the word. I am a fast speaker and I really needed my flow.

I didn’t relate to the term brain fog, as my symptoms were more specific than that. I couldn’t remember the word for a very simple noun like keys, or an adjective and even people’s names.

Another time, I opened up a cupboard in the kitchen and I’d put a half-eaten apple in there. I turned to my partner and said, “I am getting Alzheimer’s” and he said, “That’s just you being absent-minded and not paying attention.” On the face of it, that could have been true but in combination with the lost words, I feared it was something serious.

Every time I lost my words, I would panic. I’d always worried about getting Alzheimer’s because it’s a terrifying and sad way to end your life. John Mann from Spirit of the West, the lead singer of my favourite band in Canada, died from early-onset Alzheimer’s in 2019 and it really shocked me.

Find out more about brain fog in our menopause symptoms library.

I only began to realise my brain issues might be connected to perimenopause when I was out networking with a group of women. I was being flippant about the fact I thought I was getting Alzheimer’s when my friend said it was probably related to menopause, to get some HRT and sort myself out.

I couldn’t believe that this could be a symptom, there could be a solution and I could get my words back!”

I saw a doctor who told me that my brain issues did not sound like perimenopause, that we had to be careful and do some memory tests. Then the pandemic arrived and they couldn’t prescribe me HRT until I got the results.

In the meantime, my partner signed me up for a course about how women can prevent dementia by Lisa Misconi, who had just released a book called The XX Brain. It ended up being an hour-long epiphany as she talked about all the things you could do to improve brain health, such as exercise and nutrition.

I also read Why We Sleep by Matthew Walker and realised how important sleep is for your brain. I previously thought I only needed six hours of sleep, or even four, but everyone needs at least seven! I taught myself to sleep and if I woke at 5.30am, I would just tell myself to go back to sleep. I got to the stage where I was sleeping eight hours regularly. Knowing this was good for my brain, I kept focusing on it.

I began to overhaul my lifestyle, ramping up the amount of exercise I do, including yoga, walking the dogs and some HIIT sessions. I started to track my nutrition and eat for brain health by reducing processed foods and sugar, while increasing green leafy veg, fish, seeds and pulses. I made sure I added in plenty of blueberries and blackberries to get the antioxidants.

I also curbed my drinking. I used to drink every day and thought everyone did! Now I can see that’s probably because I lived next to a pub. The pandemic really helped me reduce as I usually drank when I met friends. When socialising stopped, my drinking did too.

Getting the all clear

At the same time as working out what was happening to my health, I was looking for my next role. I was interested in women’s health and researched what businesses were emerging in the menopause space. That’s what led me to Stella and now I understand so much more about menopause and its impact.

When I finally did the memory tests at the hospital, I was told there was nothing wrong with my brain. By this time, I was armed with loads of information about women and brain health. I found myself surprised that the doctor didn’t enlighten me about the role that declining oestrogen had in relation to the symptoms I was experiencing. I decided to give combined HRT a try and have been on it for six months.

Losing my words happens much less and, if it does happen, I am far more in control of it. I try to be creative and use another similar word instead. I often wonder if all the changes I made have made the difference, plus going on HRT.

Brain fog, feeling distracted, forgetting words mid-sentence and being unable to do simple analytical tasks at work or home are all very common cognitive symptoms of perimenopause. This can be particularly difficult at work and can lead to much frustration and anxiety.

Dr Lucy Wilkinson, a GP with special interest in women’s health, says: ‘It is great to hear that Lisa’s symptoms have improved, and that she has managed to find both a healthy lifestyle and HRT to suit her. While we do know that oestrogen plays an important role in cognition and memory, we have limited evidence about the use of HRT for this type of symptom. Research seems to have found small changes in cognition (if any), although studies are ongoing.

“As HRT does come with known risks, current guidance therefore suggests that it should not be used for cognitive symptoms alone. You may however find it useful if you are struggling with other symptoms, especially if these are impacting on your memory and concentration – especially if you struggle with low mood, sleepless nights or hot flushes.”

Find out more about why brain fog happens during menopause, and other menopause symptoms on our blog. 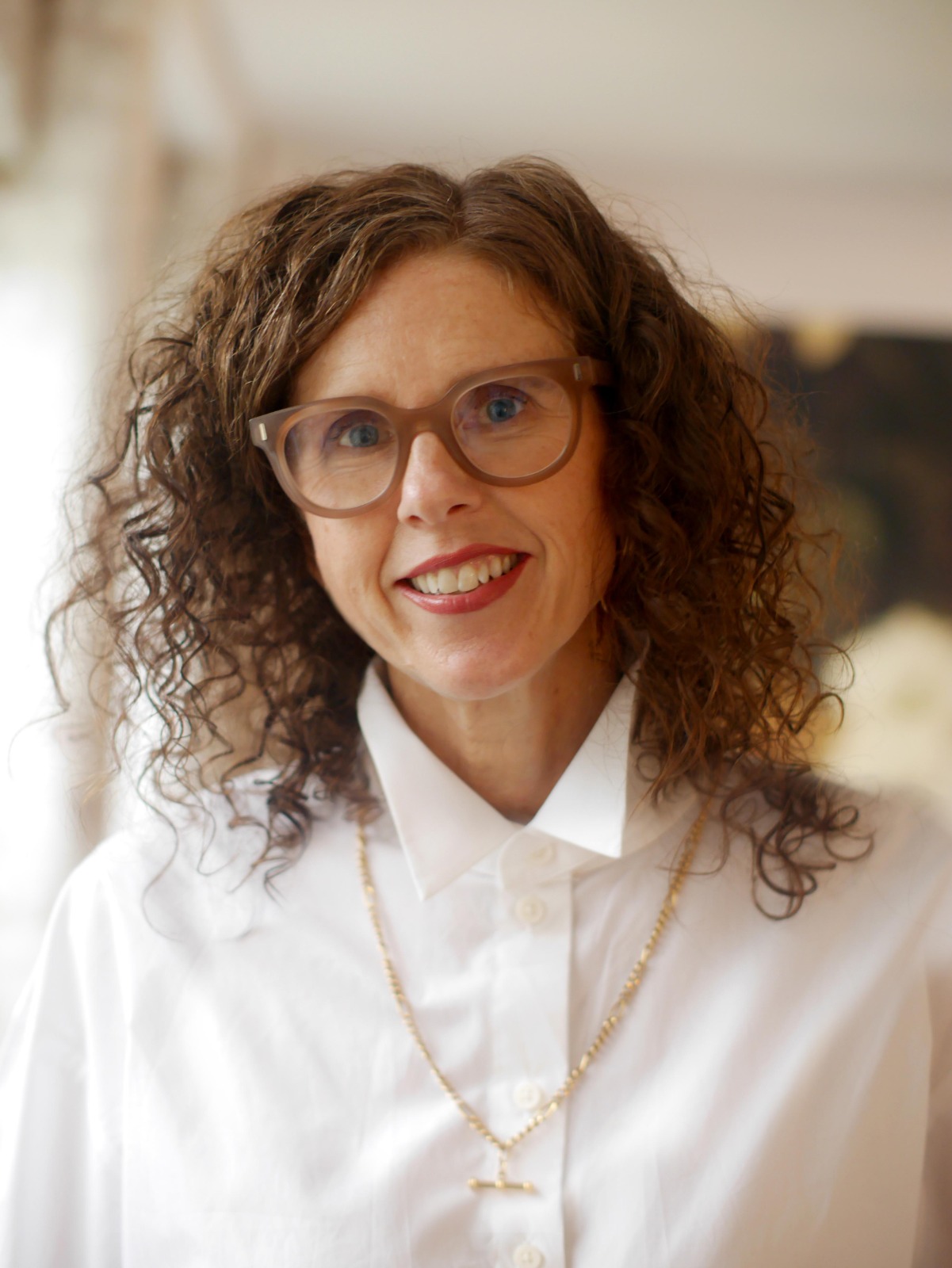 Lisa Rodwell is the CEO of DAYE and specialises in consumer tech, previously working with brands including eBay, Yahoo!, moo.com, Wool and the Gang and Nutmeg. 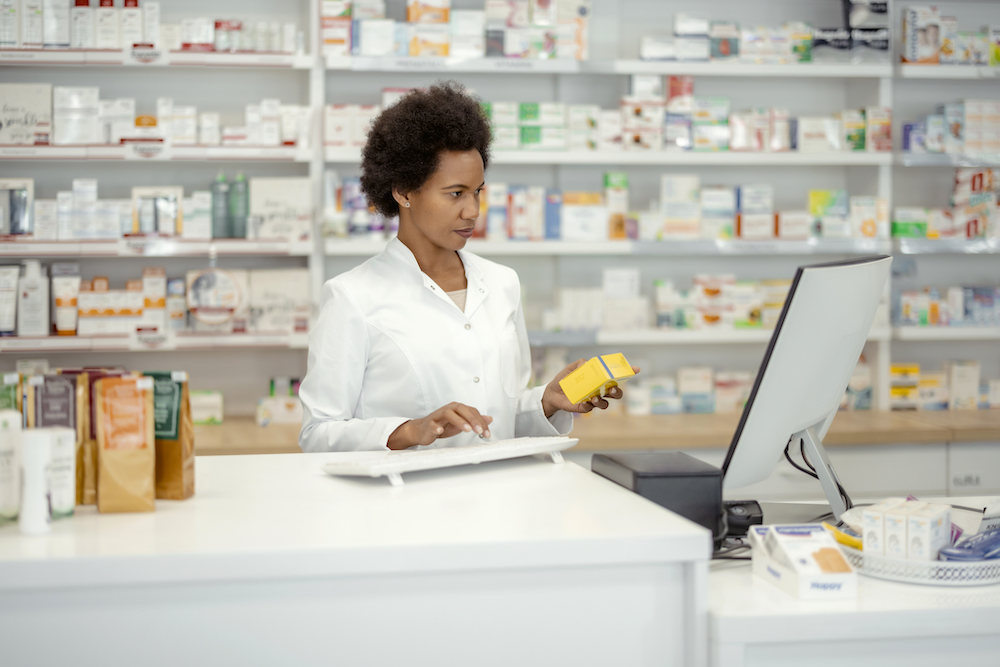 The news may have you believe you can now buy your HRT from your pharmacist. Spoiler alert! That’s not quite right as it’s not for all HRT. Find out more here. 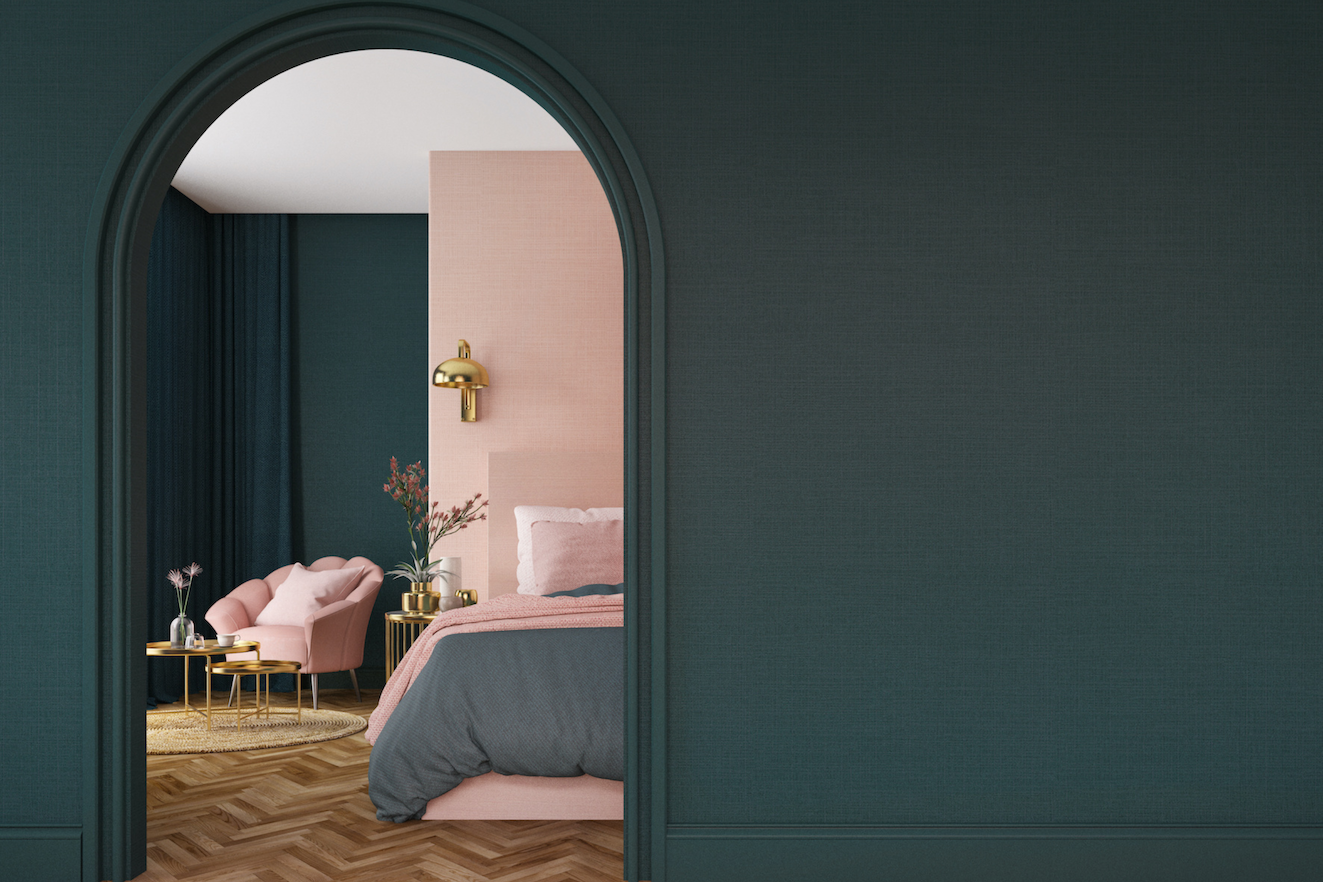 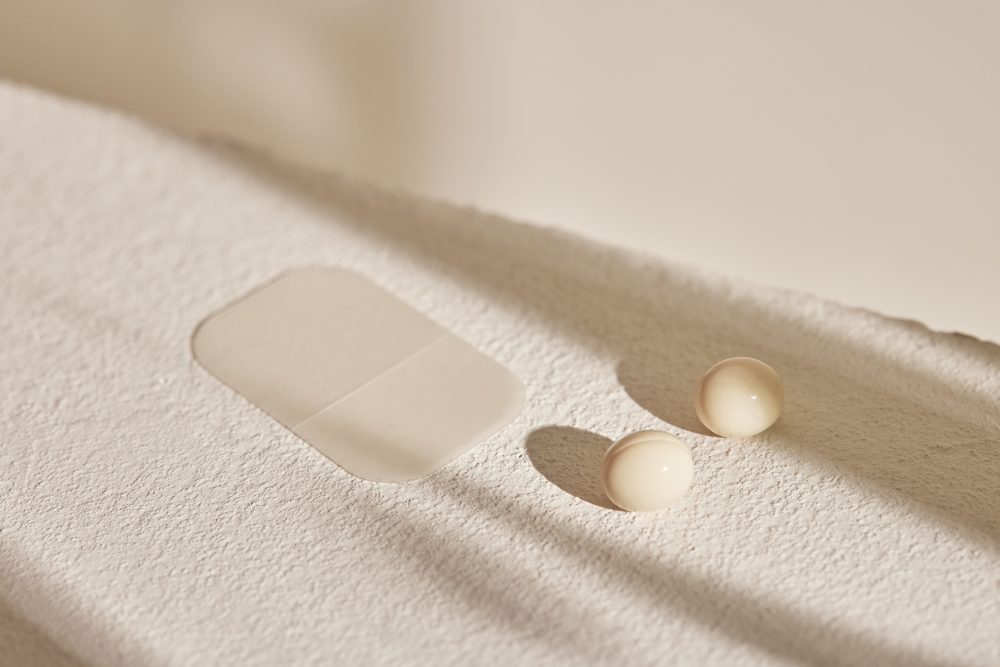 Data analysis of 5,000 UK women found less than 10% get the menopause relief they need from their doctor. 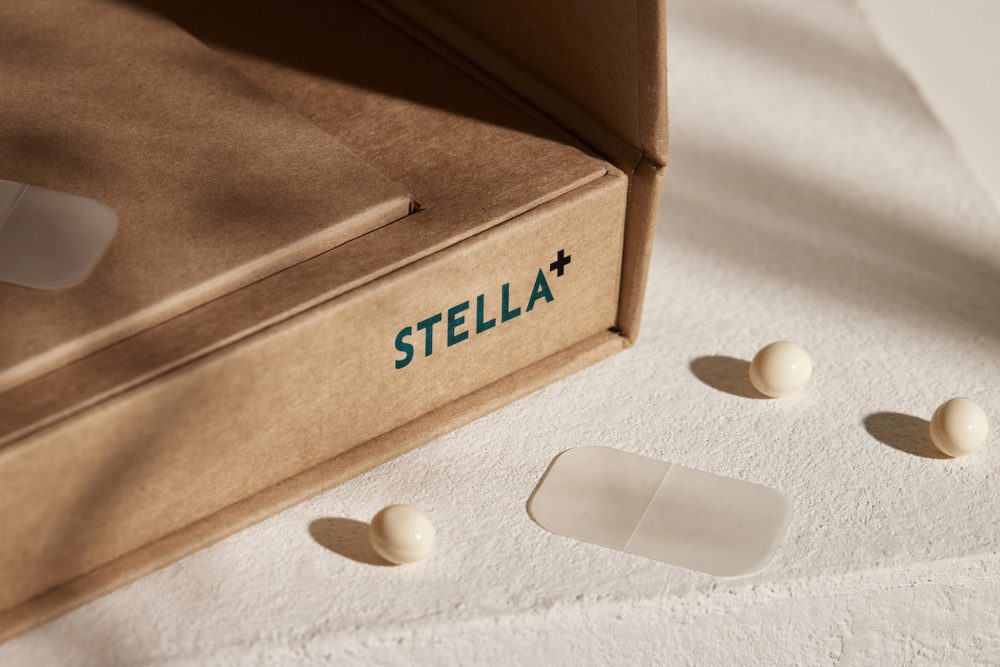 Take our new free online assessment for personalised, affordable menopause care and access to all treatment options, including HRT if it is right for you. 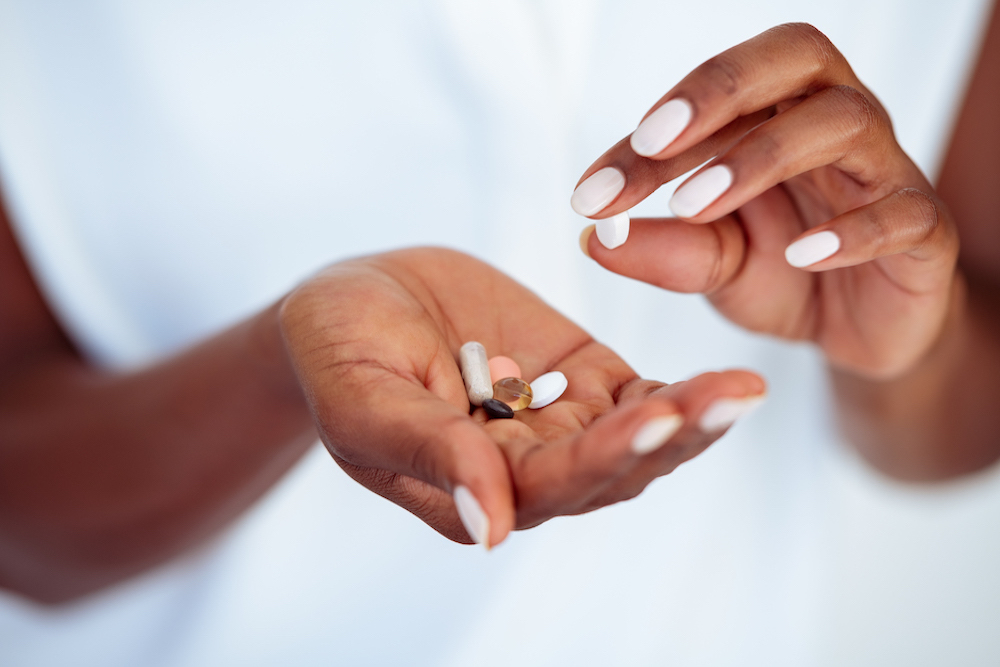 What are the best probiotics for menopause and can they improve your gut and menopause symptoms such as bloating? Nutritionist Le’Nise Brothers investigates.

This website uses cookies to improve your experience while you navigate through the website. Out of these, the cookies that are categorized as necessary are stored on your browser as they are essential for the working of basic functionalities of the website. We also use third-party cookies that help us analyze and understand how you use this website. These cookies will be stored in your browser only with your consent. You also have the option to opt-out of these cookies. But opting out of some of these cookies may affect your browsing experience.
Necessary Always Enabled
Necessary cookies are absolutely essential for the website to function properly. These cookies ensure basic functionalities and security features of the website, anonymously.
Functional
Functional cookies help to perform certain functionalities like sharing the content of the website on social media platforms, collect feedbacks, and other third-party features.
Analytics
Analytical cookies are used to understand how visitors interact with the website. These cookies help provide information on metrics the number of visitors, bounce rate, traffic source, etc.
Advertisement
Advertisement cookies are used to provide visitors with relevant ads and marketing campaigns. These cookies track visitors across websites and collect information to provide customized ads.
Others
Other uncategorized cookies are those that are being analyzed and have not been classified into a category as yet.
SAVE & ACCEPT
Powered by